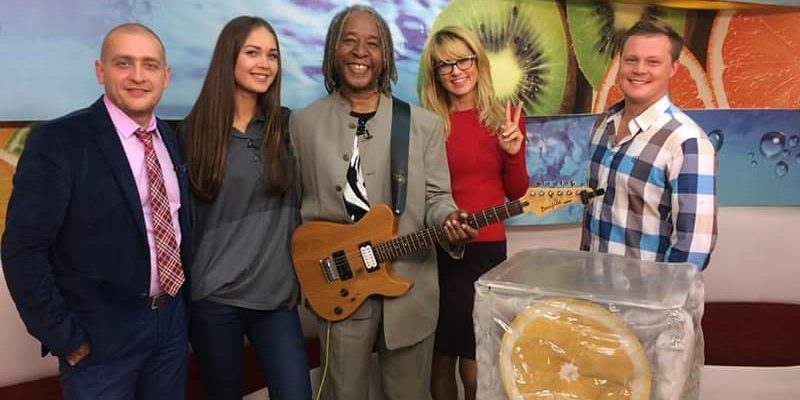 With his gruelling tour of Russia over Gregg Kofi Brown reflects on his whirlwind travels covering vast areas like Siberia, the Ural Mountains, The White Sea in the Artic, The Black Sea, the Volga River and the island of Kaliningrad sandwiched in between Lithuania and Latvia. “It was an awesome experience! I started out in Irkutsk, Siberia where I appeared on a breakfast TV programme called ‘Morning Cocktail’ with the beautiful Veronika for Baikal TV. Then on to the local music conservatory for a lecture and an impromptu performance for the students. Afterwards I played to a sold out audience at the Irkutsk Philharmonic Hall!

The next day was a show for a mainly female crowd at Beer Loga in Angarsk about an hour away. I was actually blown away by the beauty and spirit of the people of Siberia!! All in all I made 14 flights, one train journey and one car journey in two week’s! Aside from the two cities in Siberia, I played concerts in Perm, Arkhangelsk, Novorossiysk, Krasnodar, Rostov, Ulyanovsk and Kaliningrad. My trip has yielded a media partner, new remixs of ‘Sunshine Day’ to be released and a documentary made in Krasnodar land of the Cossacks!”