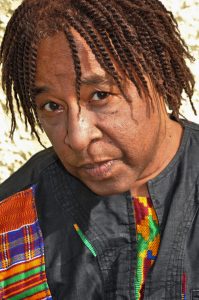 Gregg Kofi Brown has been a member of the world class African pioneers OSIBISA for over 34 years and has travelled all over the world promoting the music of Ghana. Recent years has seen Gregg Kofi Brown & Osibisa support Santana on his European tour, play the prestigious Byron Bay Blues Festival and make several tours to India . His live set will consist of Afro beat, African jazz and Afro\Latin pop classics. 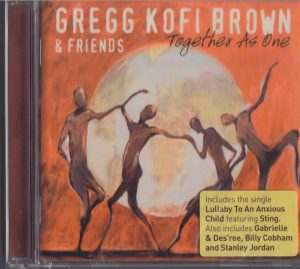 ‘Together as One’ is Gregg Kofi Brown’s first solo album and features the likes of STING, STANLEY JORDAN, GABRIELLE, DES’REE & BILLY COBHAM. This album is a combination of the African & jazz music that have driven Gregg’s career. With conscience laden lyrics and funky afro-rhythms Gregg has a created a multi-national musical platform with his guest artists that speaks to many peoples across the world. The production is by  Nicolosi Productions of Milan, Italy.

Gregg Kofi Brown was executive producer of the 2003 Evening Standard cover-mount CD give away in memory of Damilola Taylor which featured the likes of Robbie Williams, Craig David, Gorillaz, Blue and Ms.Dynamite.

In April 1997, Gregg was invited by David Sonenberg (producer of Academy award winner “When We Were Kings”) to document & film Lauryn Hill’s (the Fugees) fact-finding mission in East Africa. This documentary was made to highlight the problems of the refugees in Kenya, Uganda, Rwanda and Tanzania and sponsored by Lauryn’s charity The Refugee Project. Gregg & Lauryn performed together several times during this trip and was encouraged by her to make this album. 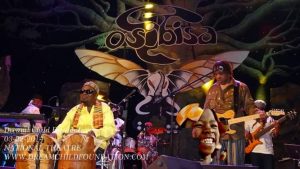 As an actor/singer Gregg has appeared in several hit London Westend musicals including: Tommy, The Blues Brothers, The Buddy Holly Story and portrayed Jellyroll Morton at the Royal Court Theatre.

Gregg Kofi Brown is featured vocalist and songwriter on Billy Cobham’s  “Drum N’ Voice” and “Drum N’ Voice 4” he has written & performed on Stanley Jordan’s  album ‘Dreams of Peace’. As a musician and singer he has also worked with ISAAC HAYES, BOMB THE BASS and FINLEY QUAYE