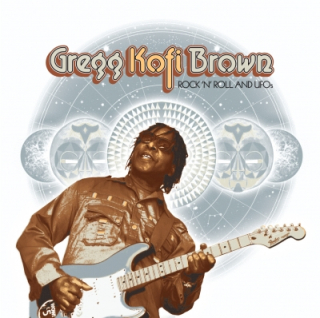 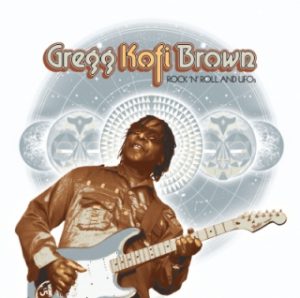 Gregg Kofi Brown’s controversial book and anthology album chronicles his musical journey from his birth in Memphis Tennessee USA to his ancestral home in Ghana, West Africa. His professional music career starts in Los Angeles where he begins playing the chitlin circuit (black music circuit) then moves on to the rock arena circuit as bass player with Joe Cocker and Eric Burdon. When he starts his own band he is courted by the likes of Motown and RCA records. After touring Canada and hundreds of local gigs around California including three UFO encounters in one night Gregg’s aborted trip to London leads him to be mentored by Jerry Lewis film producer and manager Ernie Glucksman. After 2 ½ years training with Ernie, Gregg has a dilemma… either stay in LA become TV/film actor or move to London and play in a rock n Roll band… he chooses London and the rest is history.

His book is full of anecdotes from working with Sting, Sean Connery, Damon Albarn, Lauryn Hill, Billy Cobham and Des’ree to his sojourn as an actor in London’s prestigious West End theatres performing with the likes of Kim Wilde, Bill Nunn (Spiderman) & Colin Salmon (James Bond). The book also covers the 2 years he spent producing a tribute album to raise awareness of the death of Damilola Taylor a young 10 year ole boy from Nigeria with high aspirations to be a doctor but was sadly murdered in southeast London.